How can childhood strep throat and OCD be linked? Consider researching PANDAS. 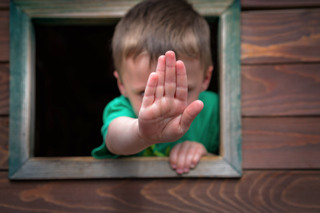 Children who recently had a strep infection and then go on to suddenly develop symptoms of obsessive-compulsive disorder (OCD), Tourette’s, tics, odd behaviors, emotional instability, and other psychiatric and neurological disorders are believed to have PANDAS.

In some children, a strep infection appears to trigger an autoimmune attack against the brain, causing a sudden onset of neuropsychiatric symptoms.

PANS, or Pediatric Acute-Onset Neuropsychiatric Syndrome, is similar, except environmental factors or other infections trigger symptoms.

PANDAS/PANS isn’t believed to be fully credible by many experts or doctors, in part because it must be diagnosed by symptoms and because the supporting research hasn’t been very strong. Instead, they diagnose affected children with conditions such as OCD.

However, recent research sheds new light on the disorder and why it affects some children and not others.

PANDAS/PANS causes inflammation in an area of the brain called the basal ganglia, which helps govern emotions and motor control. When the immune system creates antibodies to the strep infection, these antibodies mistakenly attack tissue in the basal ganglia as well.

In 2018, researchers isolated cells in the basal ganglia, called cholinergic interneurons, which are affected by the immune attack. Previous research has shown these cells are depleted in Tourette’s syndrome.

These cholinergic interneurons fire less when strep antibodies attach to them, which is believed to cause the symptoms associated with PANDAS/PANS.

It has been found that most of these TH-17 cells pool in the olfactory bulb, an area of the brain that receives signals from the nasal passages.

This creates a path through which antibodies can enter, especially with repeat strep infections.

Genetic susceptibility has also been found to be a link in PANDAS/PANS.

Abrupt, dramatic onset of OCD or severely limited food intake and the addition of at least two of the following:

Functional medicine strategies may include removing inflammatory triggers from the diet and the environment; nutritional therapies to lower inflammation and support brain health; addressing blood sugar, gut health, and toxicity; supporting neurotransmitters; and repairing mitochondrial function and the blood-brain barrier.