Do you want answers? New lab test in the works for chronic fatigue syndrome! 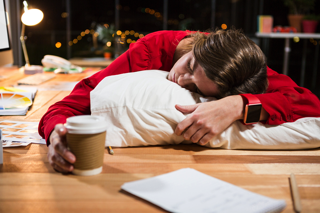 Chronic fatigue syndrome — more correctly called myalgic encephalomyelitis/chronic fatigue syndrome (ME/CFS) — is one of the more frustrating chronic illnesses because most doctors don’t believe it exists or that it’s a psychiatric issue. Despite symptoms that completely debilitate its victims, ME/CFS is often the butt of jokes or medical ridicule because there is no lab marker to diagnose it even though it has been linked to inflammation of the nervous system.

However, that may change thanks to the invention by a father whose adult son has been bedridden with ME/CFS for the last 10 years.

The father, who is also a Stanford scientist, developed a simple blood test that measures the energy cells expend in order to maintain homeostasis after exposure to salt. Salt stresses cells, which must retain balance in sodium levels in order to function properly.

The researcher passed the cells exposed to salt through a small microchip that uses an electrical current to measure the energy exertion of the cells. Less exertion indicates the cells are able to easily maintain sodium balance, while more exertion meant finding balance required considerable effort.

The test was run on 40 people — 20 of whom suffer from ME/CFS and 20 healthy controls. In all 20 of the ME/CFS group, the cells expended significantly more energy in response to the salt compared to the cells of the 20 healthy people. This indicates the ME/CFS group had cells that were considerably less functional and more stressed.

Poor cellular function leads to poor function of the body and brain. Dysfunctional cells that can’t produce enough energy result in a body that is constantly fatigued and in poor health with multiple symptoms.

Although the test needs to be run on larger groups of people, if the research is able to replicate these results, it means conventional medicine will finally have the biomarker it needs to legitimize ME/CFS as a medical condition in the eyes of ordinary doctors.

Conventional advice for ME/CFS can be debilitating

One mistake many conventional doctors make when they examine a patient with ME/CFS is to assume they are lazy or hypochondriacs. As such, it’s common for doctors to tell ME/CFS patients to exercise to improve their symptoms.

This is bad advice for the ME/CFS patient whose cells are struggling to maintain just basic functions.

In fact, many patients with chronic fatigue are so severely fatigued they cannot work, have normal lives, or even leave their beds. Any exertion exacerbates their symptoms in what is called “post-exertional malaise.” For these individuals, exercise is an extremely inappropriate prescription.

ME/CFS affects several million people in the United States, although it’s estimated that as many as 90 percent of sufferers have not been diagnosed, due to the difficulty of receiving a proper diagnosis. It can take years and visits to multiple doctors to find one who will take the symptoms seriously.

Another difficulty in diagnosis is that patients suffer from multiple symptoms in addition to chronic fatigue, such as chronic pain, difficulties with memory and concentration, gut issues, and extreme sensitivities to light, sound, smell. Poor cellular function affects multiple organs so that symptoms can vary depending on the person.

ME/CFS can be diagnosed though a simple checklist of symptoms, however most primary care doctors are not aware of the list or adhere to the belief the disorder is imaginary. Conventional doctors also don’t like to diagnose ME/CFS because no drugs exist to treat it.

However, should the new testing prove to be accurate, it would give the millions of sufferers a diagnosis, thus eliminating the demoralizing mystery. This would also open the doors to new research into the condition.

Fortunately, recent research breakthroughs in brain inflammation offer promise in not only validating ME/CFS but also its treatment.

Brain inflammation is more common than previously realized and is increasingly linked to myriad conditions other than ME/CFS, including depression, anxiety, childhood brain development disorders, and Alzheimer’s and Parkinson’s disease.

Immune cells in the brain outnumber neurons 10 to one and are vastly more important than previously realized. They are responsible for maintaining neuronal health and function and removing debris and plaque from the brain. However, when the brain is impacted by inflammation from dietary or lifestyle factors or a brain injury, the brain’s immune cells must abandon their jobs of supporting neuronal health and instead go into persistent warrior mode, damaging brain tissue in the process. Unlike the body’s immune system, the brain’s has no off switch.

There are no drugs to tame brain inflammation, however, it has been shown to respond to certain botanical compounds and functional medicine protocols that include dietary, lifestyle, and health interventions.

Contact us at Solaris Whole Health for more advice on how we can help you with fatigue.