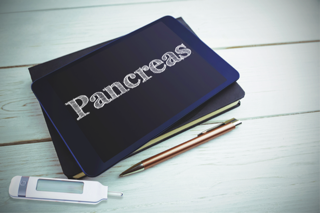 Although they are more than a couple of decades behind functional medicine, the American Diabetes Association (ADA) is finally recommending lower carbohydrate diets for people with diabetes.

In functional medicine, we have long seen the deleterious effects of carbohydrate-laden diets on not only blood sugar, but also on chronic inflammatory disorders, weight, hormonal balance, and brain function.

High blood sugar disorders such as type 2 diabetes and insulin resistance, or pre-diabetes, not only make you feel worse, they also significantly raise your risk of numerous chronic health disorders, including heart disease, stroke, autoimmune disease, and Alzheimer’s. In fact, some researchers call Alzheimer’s type 3 diabetes because high blood sugar is so damaging to the brain.

While it’s heartening that such a large and official organization is finally making dietary recommendations to stabilize blood sugar, their list of recommended foods remains problematic. Some foods on the ADA list have been shown to trigger autoimmune attacks on the pancreas, worsening type 1 diabetes and increasing the risk of developing autoimmune diabetes in people with type 2 diabetes, a lifestyle-induced disease.

Previously, the ADA warned against diets under 130 grams a day of carbohydrates because people would be deprived of essential nutrients. They also stated the brain needs more than 130 grams a day to meet its energy needs.

However, given the success of lower carb diets in not only reducing the need for insulin but also in lowering heart-disease risk, the ADA has adjusted its recommendations to support a lower carb diet.

In what may eventually prove to be a sea change in government recommendations, the ADA bases the new recommendation on findings that a low-carb diet better manages health than a low-fat diet.

It also states that dietary recommendations should depend on the patient and that a “one-size-fits-all” diet should not be given to every patient.

They do not recommend a low-carb diet for women who are pregnant or breastfeeding, people who have eating disorders or at risk of developing eating disorders, people with kidney disease, and for those taking SGLT2 inhibitor medication.

It’s a step in the right direction that the ADA is finally recognizing the vast amounts of research and the countless case studies linking lower carb diets with better health.

However, they have yet to recognize the science showing that some ADA recommended low-glycemic foods trigger autoimmune attacks on cells that cause type 1 diabetes.

The most prevalent triggers are gluten and dairy, although other foods also cross-react with cells involved in type 1 diabetes. This does not mean that these foods trigger an autoimmune attack in all people, but research shows certain foods raise the risk of exacerbating autoimmune diabetes.

For the person with type 1 diabetes it’s especially important to be aware of which foods may trigger autoimmune attacks that worsen their condition. You can screen for these foods with testing from Cyrex Labs.

However, research also shows that about 10–20 percent of people with type 2 diabetes, which is lifestyle induced, also have undiagnosed type 1 diabetes. This is referred to as type 1.5 diabetes.

Should you go on a low-carb diet?

However, this doesn’t mean every person should be on the same diet. For some, a very low-carb ketogenic diet is highly therapeutic. For others, such as those with compromised brain function that has caused dysregulated metabolic and neurological function, a ketogenic diet can be disastrous.

Although finding your optimal carbohydrate consumption may take some trial and error, it’s safe to assume you do not need sugar, high fructose corn syrup, processed carbohydrates, and industrial oils. Instead, the bulk of your diet should come from a diverse array of ever changing vegetables and fruits (be careful not to go overboard on fruits), and healthy fats and proteins.

Ask my office at Solaris Whole Health for help on customizing and diet and lifestyle plan designed just for you.